Learn how to vote kick in Phantom Forces with reason, the popular first-person shooter game for PC. Vote kicking is a great way to get rid of players who are cheating or otherwise ruining your gaming experience!

However, they can also be abused by griefers who don’t want their teammates to play well or win. If you think someone is being toxic, vote kick them.

In order to kick any player in the game, you need to make sure that yours is set up for votekick. This also lets you see votes if someone else starts it—you’ll find your settings by going into Main Menu from the main screen and then selecting Settings and Game Settings. Here, scroll until you can find Votekick option!

Here’s how it works:

Table Of Contents show
1 Steps on how to vote kick in phantom forces
1.1 Step 1: Open chat.
1.2 Step 2: Type /votekick followed by the player you want to vote kick and the reason for that vote kick in quotation marks.
1.3 Step 3: Type the same command a second time to confirm the vote kick.
2 Conclusion

Steps on how to vote kick in phantom forces

Follow the steps below to vote kick in Phantom Forces:

The first step to voting someone out is opening the chat. You can do this by pressing the tab while playing or pressing enter if your keyboard has one.

Step 2: Type /votekick followed by the player you want to vote kick and the reason for that vote kick in quotation marks.

In order to successfully vote to kick a player, you’ll need to be aware of a few things. First, make sure that you’re typing the correct player name. Typing the wrong name will result in an error message appearing and no vote kick taking place.

Second, it’s important that you type a valid reason for vote kicking this player. A good reason would be something along the lines of “Killing me over and over again.”

Third, make sure that when you type /votekick followed by your reason for vote kicking (quotation marks), it looks like this: “/votekick PlayerName Reason.” This means putting quotes around both PlayerName and Reason so they appear as one unit instead of two different parts of speech. If done correctly, it should look like this: “/votekick John Doe Killing me over and over again.”

Step 3: Type the same command a second time to confirm the vote kick.

Once you’ve made your mind up, type the command /votekick. This will kick the offending player from their game and prompt other players to vote on whether or not they should be allowed back in. If enough people vote for them to return, it’s on! But if enough people vote against their return, then you’ll have successfully blocked them out of your game!

Note: You can only vote kick once per round.

Vote kicking is a great way to get rid of players who are cheating or otherwise ruining your gaming experience! To vote kick someone, you’ll need to be playing in a squad with at least one other person.

Once the game starts and you’ve met up with your fellow soldier, simply press the “Enter” key on your keyboard (or click on it if using an Xbox controller) and select the “Vote Kick Player” option from the menu that appears. If there are enough votes for a vote kick, then that player will be automatically removed from your squad!

Now that you know how to vote kick, you should use this power wisely. Remember that it’s a tool for community moderation and not to be used for personal gain. How to Activate Augment in Fortnite (PS4 and Xbox) 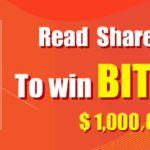 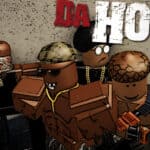 How To Speed Glitch in Da Hood with Auto Clicker (Step By Step Tutorial) opautoclicker.com 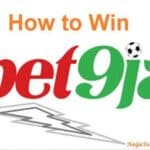 Tricks On How To Win Bet9ja Everyday In 2022 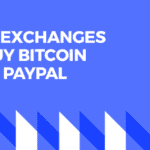