The Dream League Soccer 2023 (DLS 23) is out, and we are sure you have already started creating the perfect gallery. If your favorite team is Arsenal and you are considering an upgrade for the team kit, then all you need is the 2023 Arsenal Dream League Soccer Kit.

The kits cover both home and away matches, and a third kit is for matches on neutral grounds. We would also provide the logo design of Arsenal in DLS 23 to ensure you do not miss out on any details while playing with your favorite team. The logo and team kits align with the latest kits used by Arsenal in the current football season. 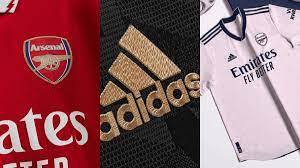 About Arsenal DLS Kits and logo 2023

Arsenal is one of the oldest football clubs in the English Premier League founded in 1886 as Dial Square and became officially known as Arsenal in 1919. The club was the first from South London to play in the English top flight, achieving this feat in 1893. It is owned by an American Company, Kroenke Sports & Entertainment (KSE), and managed by its former player, Mikel Arteta.

Following its promotion to the apex division, Arsenal proceeded to become the third most successful in England winning 13 league titles (including one unbeaten title), 14 FA Cups (highest in the league), two League Cups, 16 FA Community Shields, one European Cup Winners’ Cup, and one Inter-Cities Fairs Cup.

With these achievements, playing Dream League Soccer (DLS) with the club without the standard kits will be a shame. However, you need not bother about this since all the latest kits of the club, including goalkeeper kits, are available here.

The club retains its traditional red and white design as a home kit but got an upgrade for the away and third kits. As you already know from watching Arsenal on TV, the away is black while the third kit is pink. The goalkeeper’s home kit is yellow, while the away kit is seafoam green-blue.

The images and links to download and install Arsenal Dream League Soccer Kit will be provided in the subsequent sections in the standard 512×512 pixels. After downloading them, you can edit the kit on your DLS App to select them as your kits.

We would also check out the current logo of Arsenal in case you would like to edit that. Note that you can find the current DLS kits for other English clubs on the website if you want to make everything perfect on your game. 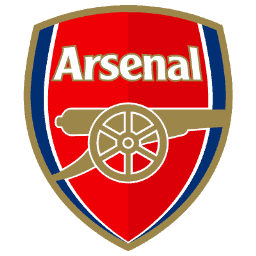 The DLS 23 Arsenal logo remains the native logo of the club with the traditional red, white, blue, and light gold. The club’s name is imprinted in white and gold outline at the front, with a cannon representing the club’s nickname, The Gunners, coming below it.

Arsenal’s logo is further beautified with a golden border and blue and white strips positioned after the large red internal part of the logo. The club adopted numerous crests for its logo design before it became the club’s official crest in 2002. 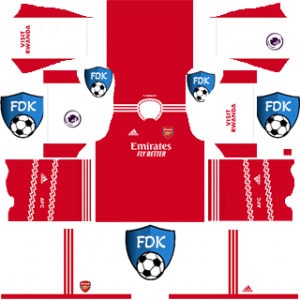 Arsenal’s home kit had remained consistent over the years, except for some particular years when the club decided to try out some new designs. As you may have guessed, the new designs did not work out since many club fans have fallen in love with the home kit’s white and bright red color.

The shorts are white and have red stripes to enhance their looks. The Adidas logo and the Premier League crest are also at the shorts’ left, and right extreme ends. To make the design perfect, it is laced at the bottom with a thin red rectangular box. 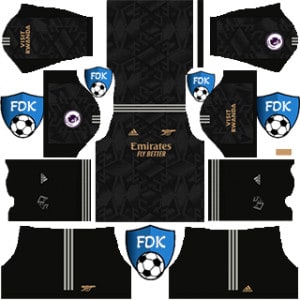 Just like many other football clubs, Arsenal has changed the color of its away kit for this season to black. The kit has all the home kit features, but for the scattered lines on the shirt and the gold color used for the printings.

The shorts are also black in color and have golden stripes on them. Unlike the home kit, the shorts take an Adidas logo and a cannon crest in gold to complement the design. 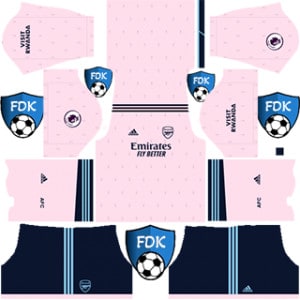 The third kit seems to be the most gorgeous with the baby pink color and matching dark blue shorts. The shirts have some dotted design on them with the printings in dark blue and light strips to top them.

The shorts are dark blue and also take light blue stripes on them. Similarly, they also include an Adidas logo but have the club’s crest on the other end. 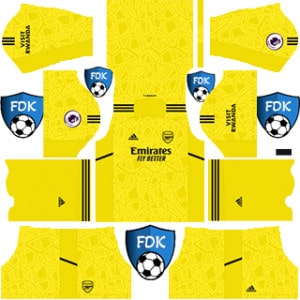 The goalkeeper’s kits are also excellent so it is not surprising the bright yellow beauty above is the Arsenal goalkeeper’s home kit for this season. The shirts have a similar scattered design to the team’s away kit, with the strips in black.

The shorts also have black strips and a short black diagonal line in the space without the design. It also includes an Adidas logo and an Arsenal crest to complete the design. 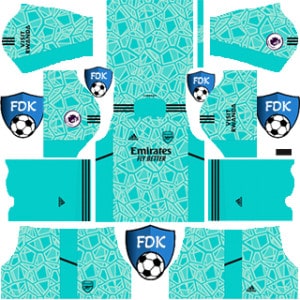 Like me, you may also have difficulty identifying the color of this goalkeeper’s away kit. Anyways, I could figure it out, and yet, it is a seafoam green-blue color. Besides the color, everything else on the kit is the same as the goalkeeper’s home kit.

And that is it!!! The Arsenal Dream League Soccer Kit is a must-have in your gallery. The kits are one of the most valuable and beautiful kits in DLS. There are available in three colors for outfield players and two for goalies.